Earlier this month, Australia’s Bureau of Meteorology announced that the current La Niña conditions would likely continue over the coming months.[i] According to the National Oceanic and Atmospheric Administration, the La Niña effect occurs when there are “periods of below-average sea surface temperatures across the east-central Equatorial Pacific.”[ii]

For some, this news brought unpleasant memories of the last La Niña cycle’s impact, which occurred between 2010-2012. During this time, residents and business owners in parts of Australia were faced with severe storms and flooding. From November 2010 to January 2011, more than 200,000 people in Brisbane and Southeast Queensland dealt with extreme flooding that caused almost $2.4 billion in damages.[iii] 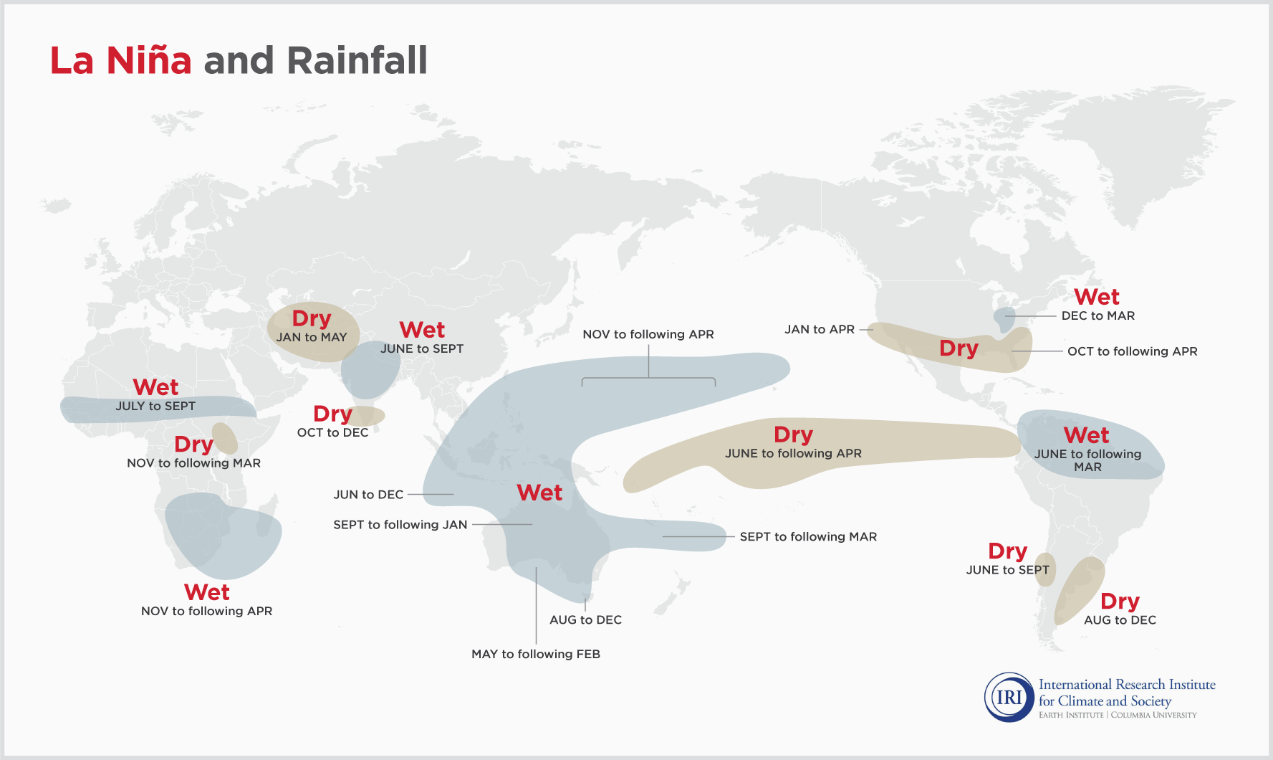 Others, however, are more welcoming of La Niña and her impact on the weather. The Peruvian fishing industry, for example, knows that the warmer temperatures brought by La Niña to the South Pacific Ocean help attract more fish to the surface, ultimately leading to a greater overall catch and a boon to those who depend on this resource for their livelihood.

For those of us in the business of quantifying business interruption claims, the most recent La Niña pronouncement simply adds one more potential layer to the process of accurately assessing damages, especially in a year where many businesses have had their financial results impacted by unprecedented events.

Fortunately for our clients, understanding a business and quantifying the broad economic changes an event can have on a business interruption claim is something MDD does on a regular basis. In these instances, we would first consider many of the same elements that are prevalent in most disaster-related claims. These could include:

Based on when and where the loss occurred, we would consider whether other factors could also have impacted the business’ ability to operate as expected.

For example, the current La Niña cycle could lead to flooding in a particular region of Australia. If this event were to cause damage to a local hotel, we would assess the effects of:

In addition to the above, we would also need to review factors such as:

In the last five years alone, MDD has received thousands of catastrophe-related assignments; yet regardless of the business or the nature of the disaster, we have observed one constant: no two business interruption analyses are the same.

Because of this, one of our roles as forensic accountants is to examine every factor that could have an impact on the loss and use those findings to help the insured get his or her business back on track.

To learn more about how we can help, please click here.